It all started with an episode of Top Gear. In the episode, James, Jeremy and Richard all bought cars trying to prove that track day didn't have to be expensive. When they actually got to the track, they had to dress in the driver gear from their car's manufactures' catalogs. May had a Merc, Hammond had a Beamer and Clarkson had a Ford.

It was a "typical"1 winter's day in England: cold and misty-drizzling. What adds to the comedy of this particular challenge is that James turned up in a bright orange T-shirt, a ball cap and shorts, implying that Mercedes didn't have proper winter clothing in their catalog. James was shivering before it was all said and done.

Sadly, there isn't a good clip on Youtube of this particular challenge. I was, however, able to find a full-length video of the episode in question on Metacafe. Click at your own risk.

Early this year, I had to take my car into the shop for routine maintenance. That's when I saw this: 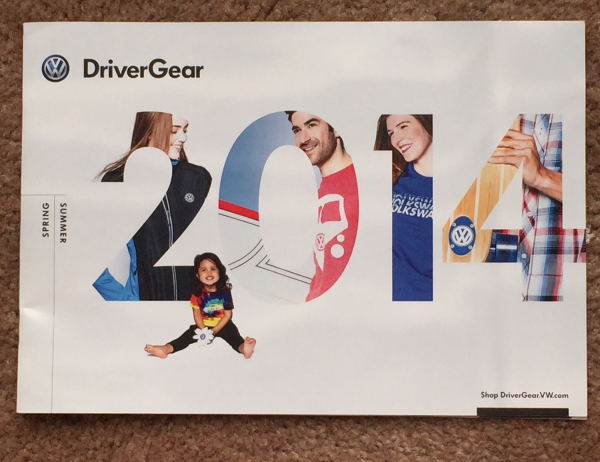 And that gave me an idea.

See, I've never been one to get into Halloween as a holiday, which is odd given my (dwindling?) aspiration for filmmaking. Coincidently, my manager's favorite holiday is–you guessed it!–Halloween. I haven't won friends or influenced people by not getting into the holiday spirit. But this year, I had a plan.

I thought I'd get a shirt and maybe some shorts or pants from VW–appropriately enough given that I leased a Jetta last year–and would dress up as a VW owner in the spirit of Top Gear.2

My plan was to go around the 1 October to the VW dealership, pick something up and hang on to it until Halloween. But as the days passed, I kept finding reasons–however legitimate–to procrastinate postpone this task.

I literally bought my costume at the 11th hour: the Wednesday evening before Halloween. This has its own anecdote: when I pulled up to the dealership at 1830 that evening, the sales guy who leased me my car was walking out of the build, presumably on his way home. I thought he would walk on by, but he circled back around. I asked him, "How would you like to sell me something?" to which he replied "Sure!" I'm not convinced he was that enthused; I'm sure selling a shirt and a hat didn't quite satisfy his sales quota.

Beggars can't be choosers, so I didn't get some shirt that just had a logo3. Instead, I had to settle for a picture of a car that I don't own.

I had some guesses that this might be a Top Gear reference and some did in fact notice that the had and shirt were VW like my car. But I didn't get the officially correct answer™®. But for those of you who were curious (or for those of you who subscribe to my every interaction with LiveJournal–

ehowton: I'm looking at you) now you know why I was dressed like this on Halloween: 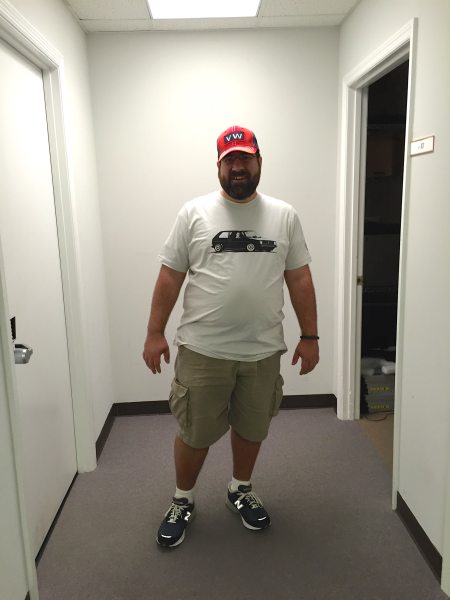 1. As if I would know what a typical winter's day in England is really like.↩
2. I asked a co-worker who is familiar with the show which of the presenters he though I could best pull off. To my delight, he said May.↩
3. I later remedied this by purchasing two blue shirts off the website that just have the VW logo. One is "royal blue" the other is "sapphire". I prefer the royal blue as it is a darker, fuller blue (but no where close to navy). ↩
Subscribe